Home » The History Of Why Big Brands Love Video Marketing

The Secrets of Shareable Video

Just about everyone knows that one of the most successful global brands is Nike.  There are less who know that, in essence, Nike is only a brand; the company owns no manufacturing plants so makes nothing, yet has grown to have immense reach and continues to maintain momentum. Can you imagine building a business that just sells and positions and does not make anything?

How Can We Use Big Brand Lessons ?

Nike has embraced Social Media to extend its brand-building operations, appealing not to a standardised global customer base but to individual segments through multiple channels. This is what a big brand can teach us small business owners. They have nailed it.

Nike has Nike Football on both Facebook and YouTube, with the former having 6.4 million fans worldwide and the YouTube channel attracting 2.1 million subscribers through some of the 967 videos posted to date, but new material appears on average every 5.7 days (yes, we’re quite obsessed with statistics).  Pinterest is predominantly used by women, so it’s no surprise that Nike’s only Pinterest account is Nike Women.

Segmentation in this way ensures that messages are specifically targeted at one type of customer rather than having to reach out with something that appeals to all.  It also means that each message is easier to create because the desires of any specific segment are clearly defined.

Let’s Break it down Further

Nike sells footwear for playing football on firm ground, soft ground, artificial grass, turf and indoors.  Each shoe is specifically designed to provide optimum performance on the surface it’s been designed for and Nike promotes the footwear through videos that often feature one or more of its sponsored players wearing them while running training drills.

In this way a video contains three core elements that simultaneously attract attention:

2.  There’s a world class player in the video.

3.  This is how world class players train to be better.

Each element helps to make the video more likely to be shared, which extends the reach of the brand.

Another important element is the missing one.  None of the videos ever include an obvious call to action, because Nike knows that it doesn’t need one.  The brand is as aspiration-driven now as it was in the early days and uses a format which, when simplified, boils down to ‘see Nike, want Nike’.  The only call to action, in place of ‘Buy Nike’, has been a short tagline that’s apparently motivational but which is designed to promote a Nike product line – #makeitcount, for example, is used only with Nike Fuel.

Small businesses can draw lessons from big brand video marketing activity, especially when there’s so much content available to be scrutinised.  Even if you lack the budget for celebrities or the capabilities of creating stunning CGI, a video that’s likely to be shared is still achievable.

You may be wondering why a shared video is so important.  If someone watches your video, that’s just a marketing message being received by the viewer.  If they share your content with friends then the act of sharing carries a subtle but implicit recommendation.

The tricky part, obviously, is to make videos that people want to share.  Content is king in any marketing message and the better the quality of the video the more likely people are to share it, but a video from a small business will probably require extra impetus by including an incentive to share.

Including an offer towards the end of the video may help drive web traffic and could increase the likelihood of sharing (but do tell your audience at the beginning that there’s an offer coming later on – just because someone starts to watch a video doesn’t mean they’ll stay with it). In fact you should ensure that your video isn’t longer than two minutes, which is the average attention span that desktop users have for video (other device users watch for longer).

Many businesses use Facebook to create prize draws for free giveaways in return for page likes.  It’s not a bad idea, but you’re just collecting ‘likes’ from people who have already found you.  To build reach you need something else to coax your existing audience to take action on.

An incentive to share that’s often overlooked is the inclusion, in the video description, a prize draw exclusively for viewers who:

2.  Tell the business that posted it that they’ve shared it.

Think about that for a moment, about how you can create an outward ripple of sharing. If only three people share from each onward layer, by the tenth layer you’ll reach almost 60,000 people.   Just. On. Facebook.

Remember that we recently told you about some of the differences between video uploaded to YouTube with a link to the video posted onto Facebook.  In case you missed it here it is again.

Why?  Because at the end of your video viewers will be offered a selection of similar content, some of which may be from your competitors.  Although it means a dual upload to reach both YouTube and Facebook audiences, you can keep the metrics clean and monitor performance of each channel independently.

I repeat it here because it’s important to remember.

If it’s difficult for you to create an offer or you don’t want to give away a prize, you’ll have to get more creative for your video to be shared by matching one or more of the following criteria.

You might think ‘That’s easy if you have a cause like endangered animals or starving children’, which is a fair response.  I have to counter your point of view with ‘John Lewis Christmas Advert’.   No endangered animals, no starving children, just a boy, a CGI penguin and a fish finger.  It’s had over 23 million views on the John Lewis YouTube channel (770k shares during the 8 week period after upload) and 6.24 million views on the retailer’s Facebook page.

If you create a story that people care about sufficiently, you create a potentially viral video.  Take a look at this video for some inspiration.  Stories should have twists and surprises, or intrigue and style.  The question ‘What’s the message?’ might be central to the video.  Begin with an idea and leave viewers wanting more by creating a ‘what’s this about?’ moment, possibly in a 10-15 second clip that shows only the beginning of the story and prompts questions but gives no answers.  This is an ideal way to measure the likelihood of your formula working, because the early data returns will indicate the ripple potential and if they are good you know that you’re on the right track.

Include a killer joke

This is much more difficult than telling a story, but if you really are good at setting up jokes and delivering the punch line exactly as it should be, try it at least once to test the theory.  Your audience will be the judge.

There are some things that we can watch over and over because they’re so beautiful.  Cristóbal Vila’s CGI sequence about Fibonacci numbers is one that I occasionally return to.  I also love to watch almost anything by Tetsuka Niiyama, while Pyanek’s latest macro video is stunning and picks up 100k views per month.

But you don’t have to be technically gifted to create beautiful films.

The big supermarkets specialise in telling people either about the products that they sell or how to use them to good effect.  The latter style of video from Asda tends to be viewed by 8-10x more people than engage with product promotion.

People are drawn to talented people.  If you know someone with an impressive skill who is happy to be filmed you should consider it as an option.

An excellent example of being unexpected is this 92 seconds of advertising excellence.

If you can think of a way to do it, emulate Nike by combining one or more reasons for your video to be shared.  Fin Greenall’s very simple video for ‘This is the Thing’ visually tells the story behind the song while saving up a surprise visual at the end.

There are plenty of animation tools available, but the more sophisticated packages carry a steep learning curve.  Even the simplest will take a while before you can extract the best from them.  Fortunately there are people out there who can use them well and provide you with promotional animation with moderate costs.

The jury is out on Autoplay, which makes the video start running as soon as it appears on screen.  We humans are generally quick to complain and slow to praise, so whether the growing number of people asking how they can switch off autoplay is a general indication that it’s globally unpopular is something we can’t tell you.  You may want to try split testing your output – some with autoplay on and some with it off.  The answer as to what you do with this feature in the future will lie in how the numbers of views and shares pan out over time.  Remember also that this is a time to watch your subscriber or ‘like’ numbers.  If the only thing you change is to start using autoplay and your numbers begin to drop, stop using it.

I hope that this has helped you with some ideas.  Whatever you decide to do, make sure that you promote your message in as many places as possible; remember that using video natively in Facebook  improves your organic reach as well as enabling you to keep a close eye on the metrics; if it doesn’t work as well as you expect, looking at the viewing and sharing figures will help you to understand why.

Remember also that some things can bubble under for a while and suddenly grab attention, so even if your first attempt seems to be failing, when you try something new you may find that your first attempt gets more attention.  Authors usually sell more of their first published work after they release a second.

Talk to us about how to use video to get better results all our details are here or talk to us on Social Media …………………………….> 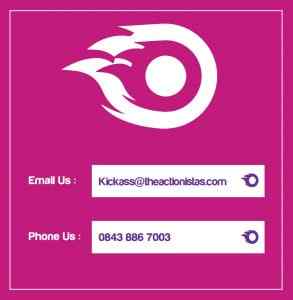 « Why We Love Business Social Media
Getting the Best From Coaching »